Below is a list of around seven dozen young athletes who suddenly had heart problems. Most of them died very quickly. Most of these deaths were obvious cases of myocarditis.

When people have myocarditis, their heart muscles are inflamed. Heart cells die and they will never be replaced. What this means is that any young athletes with myocarditis will die younger than they otherwise would have. 20% of people with myocarditis die within the first year; 50% die within the first 5 years.
Consider the statistics from the American VAERS report: From 1990 – 2020, there were an average of 31 cases of myocarditis per year reported to the Vaccine Adverse Events Reporting System. In the first half of 2021, that’s after the jab began, there were 1113 cases of myocarditis reported in the United States alone. That’s over 35 times as many cases as the cases per year in the 30-years.
If you want to see if these are true statistics about the young athletes, just Google the names.
Most people don’t know why all these strange “Sudden Deaths” are occurring amongst people who are extremely healthy and athletic.
A total mystery?  Experts baffled?
They don’t know what’s changed this year? Huge numbers of people including athletes began getting “vaccinated” against Covid-19. That’s the only big change. 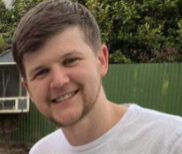 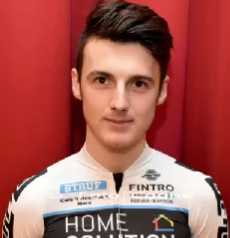 22 year old Cyclist Greg Luyssen forced to end his career after vaccine due to heart problem. The Covid World reported:A 22-year-old cyclist is forced to end his cycling career after heart problems caused by the COVID-19 vaccine. Greg Luyssen, a life-long cyclist, became unwell during a professional race a few weeks ago. He was forced to give up and was taken to hospital where it turned out that he had suffered heart damage as a result of his second COVID-19 vaccine.

Young athletes are in danger of  getting much more than myocarditis as a side effect. A journalist was looking for examples of people who had died because they did not take the jab. So, she asked for examples on Facebook. What she got was more than 100,000 comments. They were mainly about people who got serious side effects from the vaccine.

Read more about serious side effects on the whistleblower nurses page.

During the last Olympic games I heard that all of the young athletes had to be jabbed. I suspected that they would.

If you look at the above list, three of them were Olympic athletes. Forcing the jab on them seems criminal to me. Rather than use the jab to prevent Covid-19, why not use Ivermectin. It worked in India.