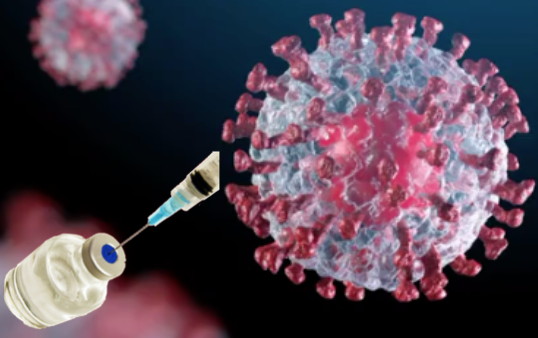 Not even OSHA is immune to vaccine corruption. The purpose of the American Occupational Safety and Health Administration (OSHA) is to inspect workplaces and establish standards to prevent industrial accidents.

Until the summer of 2022, OSHA required employers to retain records of any worker who suffered a serious side effect from the Covid “vaccine”. Then, in June, the Biden regime forced OSHA to drop those requirements. I.e., the American government is hiding evidence of “vaccine” side effects.

At the same time, OSHA is in charge of forcing millions of Americans to take the Covid “vaccine”.

Before you keep reading, you may want to watch the video below. It summarizes the content of this web page.

Vaccine Corruption within Dept. of Defense

Three whistleblowers from the Dept. of Defense (DOD) revealed some alarming statistics. Since the Covid vaccine program began among military personnel, several medical issues are way over the five-year average. Miscarriages and cancer are each up close to 300% and neurological issues are up over 1000%. (Neurological issues can range from headache, memory & sleep disorders all the up to Lou Gehrig’s disease.)

The above information was presented to a U.S. Senate panel discussion hosted by Sen. Ron Johnson. It was presented by medical freedom rights attorney Thomas Renz. He  received formal declarations under penalty of perjury from all three whisteblowers.

Last September, Renz announced another whistleblower who had provided government data from the Centers for Medicare and Medicaid Services (CMS) documenting 47,465 deaths within 14 days of COVID-19 vaccination among Medicare patients alone.

The DOD should have looked at the science that said that natural immunity from a previous infection is much more effective than the vaccine. That science was published in August 2021.

Lies to intimidate the unvaccinated

Anthony Fauci and others in late December were featured in the media, urging people to receive Covid-19 “vaccinations”. They claimed the nation was experiencing “a pandemic of the unvaccinated,” including 99 percent of hospitalizations being among those who have not been injected.

However, Thomas Renz pointed out some different data in the weekly DOD Project Salus report. (Project Salus is a defense department system that integrates multiple data streams for the purpose of analysis.) The database gave this information about vaccinated people: They have 71% of the new cases and 60 percent of the hospitalizations.

This discrepancy represents corruption at the highest level.

The US Senator Johnson mentioned above performed a search query in the Defense Medical Epidemiology Database (DMED) in August. It  indicated that cases of myocarditis were approximately 20 to 28 times higher than normal. Around 5 months later the same database indicated that it’s only two times higher.

Sen. Johnson’s assessment: “So there appears to be doctoring of the data now.”

Myocarditis is an inflammation of the heart muscle. According to an NIH website, 20% of the people die within a year of contracting myocarditis and 50% are dead within the first 5 years.

Researchers have confirmed that myocarditis associated with one of the COVID-19 vaccines can result in death.

According to newly released emails, the U.S. Centers for Disease Control and Prevention (CDC) passed misinformation to Facebook as the partners worked to combat misinformation. That is one of the most recent examples of CDC officials making false or misleading claims.

In a June 3 message, a Facebook official said the CDC had helped the company “debunk claims about COVID vaccines and children,” and asked for assistance addressing claims about the vaccines for babies and toddlers, including the claim that the vaccines were not effective.

Several weeks later, after U.S. regulators authorized the Moderna and Pfizer vaccines for young children and the CDC recommended them.

Read the rest of this article in the Epoch Times.

Much of the information on this web page was taken from a Lifesite article.

FDA officials resign due to frustration with pushing of booster shots

No amnesty for Covid tyranny!

If you’re wondering how to make that fancy title movement in the video above, get the instructions here.